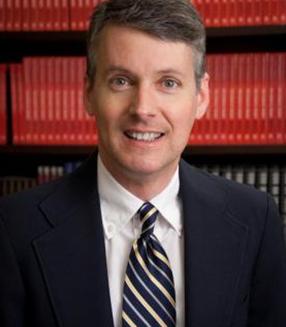 ROBERT BOSTON is the Director of Communications at Americans United for Separation of Church and State. Rob, who has worked at Americans United since 1987, also serves as editor of AU's "Church & State" magazine.
Rob is launching his fourth book, "Taking Liberties: Why Religious Freedom Doesn't Give You The Right To Tell Other People What To Do" (Prometheus Books, 2014) on March 4, 2014. This book is a forcefully argued defense of the separation of church and state. Rob illustrates how the religious freedom guaranteed in the First Amendment is an individual right, rather than a license allowing organizations and businesses to discriminate against and control others.
Rob is the author of three additional books: "Close Encounters with the Religious Right: Journeys into the Twilight Zone of Religion and Politics" (Prometheus Books, 2000); "The Most Dangerous Man in America? Pat Robertson and the Rise of the Christian Coalition" (Prometheus Books, 1996) and "Why the Religious Right Is Wrong About Separation of Church and State" (Prometheus Books, 1993; second edition, 2003). 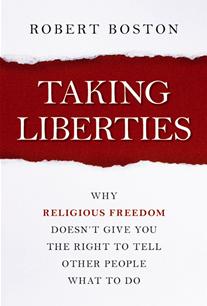 Thank you for contacting me! Please note that while I greatly appreciate your feedback my books and/or website, I may not be able to answer all of the messages I receive directly. I hope you enjoy reading my latest book, Taking Liberties.

Americans United For Separation of Church and State

Check Out My New Book,